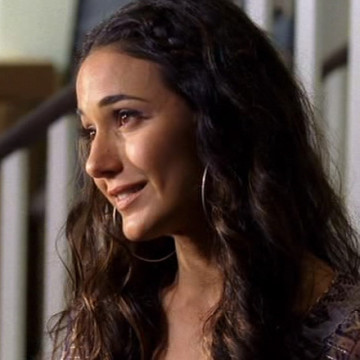 Sloan: All I can tell you is that in the year I was out of town, Vince slept with almost all of my friends. And he never told any of them he was in love. So maybe he is.
Eric: Yeah, well I don't know what he's lying to me for.
Sloan: Guys lie to their friends and tell them they're not in love. They don't usually lie and tell them they are. That lie they save for the girls.

Sloan: If you go and shoot this movie for six months, I want to know what me and all these boxes are waiting for.
Eric: Can I be honest? I've been so caught up trying to put this movie together, I haven't really thought about it.
Sloan: Okay, I understand. Can I be honest? You really need to.

Eric: I don't know why you're so angry. You already rejected me. I feel bad enough.
Sloan: You should be used to that by now.
Eric: Look, I was wrong, all right? The guys told me you were over me and I didn't believe them.
Sloan: And you usually listen to every word "the guys" say.