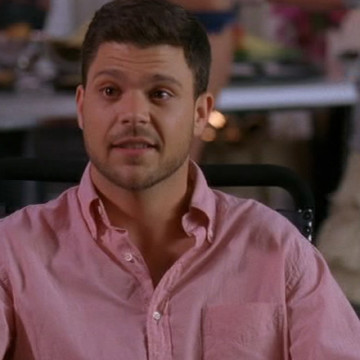 Vince: I can't tell if the script sucks or if it's just I got the sound of a jet engine in my head.
Turtle: Nah, Vince, G5s whisper quiet.

Eric: Did you get the trades?
Turtle: Right here, boss. Just warning you - it ain't pretty.
Vince: Oh, really?
Turtle: Fucking prick called you a thespian.

Drama: Hey, you remember? The Orange County Register said I was a functioning retard. Now that was a bad review.
Turtle: I thought that was a compliment.

Turtle: Fuck the fuckin Mercedes, Vince. What are you, a soccer mom?

Turtle: Hack's got a mortgage broker, E. Says money's real cheap now.
Eric: This guy's talkin out of his ass. Do you even know what that means?
Turtle: Not really, but if Hack says it, it must be good.

Turtle: Yo, you think she'll bring other hotties with her?
Eric: Why would she?
Turtle: Cause, E, hotties roll in packs, baby.

Turtle: I don't know about the afterlife but this life is sweet.

Turtle: E, I need a hundee, bro. This girl's gonna jerk me in the back.
Eric: No.
Turtle: Come on! Drama won't lend me money if it's for sexual acts.