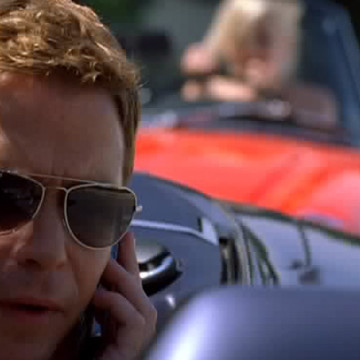 Eric: Anna just asked me to go out to dinner with her.
Drama: She asked you?
Eric: Yeah.
Drama: Make sure you pay. End this cycle of bitchdom.

Ari: I heard about your scene.
Mrs. Ari: Oh, come on, it's a soap. What'd you think I was gonna be doing?
Ari: I don't know. Discovering that your husband is really your long-lost tranny cousin.

Turtle: Let it go. We have bigger problems.
Eric: What's that, Turtle? Pink Dot insisting on seeing a note before you use Vince's credit card again?

Eric: It was a fender bender, Drama. I'm fine.
Drama: Well I hope you didn't tell Ms. Faris that, cause we're gonna sue the crap out of her.
Eric: We're not suing anybody. There's barely any damage.
Drama: Visible damage, but internal damage is a whole other thing.

Mrs. Ari: Well then, tell me that I would be pretty. As pretty as the day I left the show.
Ari: You left the show when you were 25 and now they shoot everything in high def.