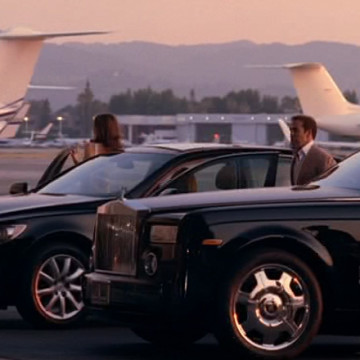 Drama: I don't brag to you guys about all my conquests.
Turtle: No. Usually you just lie about em.

Drama: Tonight I'm going to fuck something so tall her scuff marks will be on my ceiling to prove it.

Drama: The odds are in my favor.
Turtle: How do you figure?
Drama: It's a fitting. They're already naked and vulnerable.

Ari: How would you like to be fuckin a studio head, baby?
Mrs. Ari: Well, Ron Meyer is pretty handsome.

Shauna: Who gives a shit why some model quit? I mean, they're like cockroaches. Stamp one out and fifty lookalikes show up in their place.

Lloyd: How was the funeral, Ari?
Ari: It was delightful, are you kidding? Alan has not looked that good in years.

Barbara: They want to branch out.
Ari: To what? The circus?
Barbara: Features.
Ari: Oh, come on. I met those freaks. If it wasn't for losers eating bull cock tempura, they'd be lucky to produce a decent infomercial.

Lloyd: Are you hiding something from me, Ari?
Ari: Only my cock and my asshole, Lloyd.

Drama: These models must all be cycling together cause they got bad attitudes.
Turtle: You got bad game.
Eric: Oh yeah, yours is pretty good today, too, Turtle.
Turtle: I've given up playing. At this point, I'm just hoping an insecure civilian walks by that I can fuck.

Ari: Alan Grey died.
Jeffrey: Yeah? So what? I hated that prick.
Ari: I know you did.
Jeffrey: You know, that man had the audacity to tell me that he was going to put me in the Branagh film? And I'm not in that.

Ari: Every day I get an offer for you and you don't want to do anything.
Jeffrey: I wanted to do that Pitt film.
Ari: You wanted to do his role.

Drama: Pick on me all you want, Turtle, but you never and shall forever never get what I've had.
Eric: Herpes?