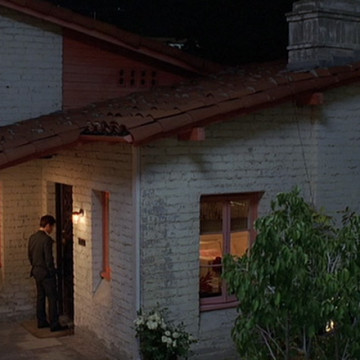 Turtle: You're gonna get hit, Drama.
Drama: Go ahead. Don't break your hand on my pythons.

Drama: You called Ashley Sloan and you weren't even mid-fuck?
Turtle: That's the worst. That's why I always stick with, "yeah, baby!"
Drama: Whose name would you accidentally call out? Vince's?

Ari: When I was in college, I got drunk and passed out. Mike Young teabagged me and took a picture of it... I've never told anyone.
Mrs. Ari: Where's the picture?
Ari: I've offered millions for it and have been turned down.

Drama: So, Dan... you still seeing that chick from Lost?
Dan: I got rid of her before the island did, John. I was hitting that cutie on Brothers & Sisters.
Drama: Not Sally Field?
Dan: No, John. Not Sally Field.

Ari: Maybe we could have office phone sex, baby. Haven't done that since the early '90s.
Mrs. Ari: You have glass doors.
Ari: It'll be Lloyd's year-end bonus. He'd rather that than cash. Trust me.

Lizzie: I was out working.
Ari: Working who?
Lizzie: John Stamos. And I signed him.
Ari: With a pen or his cock?

Lizzie: I would like to go back to my desk now. I'd like to go do my job.
Ari: Go! You so much as eye fuck another agent in this building and I will deport you naked to the Taliban.

Andrew: Marlo would never have me.
Ari: Actually, she would. One in very few guys get that "have a free piece of pussy" pass... you, my friend, have it. Marlo wants you back.
Andrew: I don't know. I don't know if I could ever -
Ari: Andrew! There was a time when Marlo made you smile. Remember that time and remind her of it. And if that doesn't work, you do what every other married man does: think of someone else when you fuck her. But get it together. For yourself, for your kids... most importantly, for me.

Drama: Where's Coakley?
Assistant: In a meeting. He doesn't want to be disturbed.
Drama: Me neither but it's my lot in life.

Dan: You hittin that, John?
Drama: No, but my boy is, which means you better not be.
Dan: Ooh, careful, Johnny. You are not a good enough actor to threaten your boss.
Drama: Well, I'm a good enough friend. Keep that in mind.