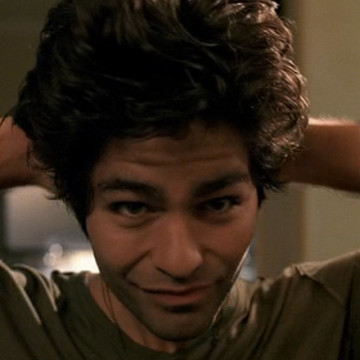 Ari: Jerry, how the hell are you?
Jerry: I'm well. You're a persistent fella.
Ari: I haven't gotten to where I am by giving up easily.

Shauna: Jesus, Vince. I thought you were Samantha Ronson from behind.

Ari: How could anyone hate you, Shauna?
Shauna: Look, I screwed her ex, okay?
Ari: You have three kids from three different men. You've screwed everyone's ex.

Lizzie: I'm not asking you because I need you, but I'm on the verge of signing an executive producer from Glee.
Ari: I don't sing, so what do you want from me?

Lizzie: You got the meeting? Shit, that's impressive.
Ari: Yeah. I'd blow myself if I was more flexible.

Drama: Don't be jealous that I brought a big gun in, Lloyd.
Lloyd: I'm not jealous of your big gun, Johnny. It would just be nice if you appreciated the job I'm doing.
Drama: When I have a job, I'll appreciate your job.

Paparazzo: Strip club in the middle of the day, Vince?
Vince: Research for a role.

Vince: You can't be afraid to try new things, E.
Eric: If it would get me a break from this, I'd go swimming with sharks.

Turtle: I just want to make sure you forgive me.
Alex: Why do you care?
Turtle: I don't know. I like to be liked, and I hate to be hated.

Eric: This script sucks.
Drama: Positivity, E. I need it.
Eric: I'm positive these all suck.

Drama: Look, E. I know we've had our ups and downs, but I really appreciate this.
Eric: Have we had downs?
Drama: No, but we probably will if we work together.

Drama: I want you to manage me. Real client, real commissions. What do you say?
Eric: Uh, okay... Drama. Should we hug or something?
Drama: I thought you'd never ask.

Bob: We're gonna sit here until I comprehend why you blew me off for lunch.
Eric: Oh, come on, it wasn't personal.
Bob: You know what was personal? I got blown by two girls last night. And in the middle of it, some guy comes home and says, "what are you doing with my wives?" Wives! Mormon shit. I'm serious.