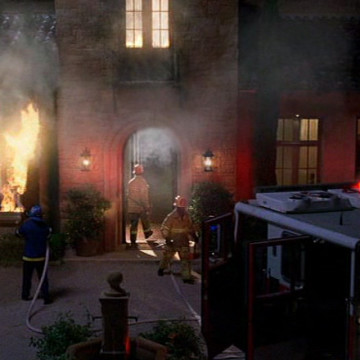 Rehab Girl: That was hot. I totally bought you were sober and going for it.
Vince: I am.
Rehab Girl: Fuck, you're sexy.
Vince: Sober is sexy.

Vince: Did you guys get caught up in that whole mining disaster? Fifteen guys stuck underground for a month.
Eric: Yeah, in Chile. It was like a year ago.
Vince: This wasn't Chile. It was Romania.
Drama: These things happen bi-monthly.

Ari: I just want to make sure that we all have our senses here, because he's pitching a Lifetime movie that should be starring the Marley and Me dog, not him, and a bunch of dummies are drooling like he's selling Avatar.
Scotty: No one drooled.
Eric: I didn't hear you say anything negative, either, Ari.
Ari: I said it with my eyes, all right?

Vince: I wanna get back to where I was. I want all of this behind me. But if you - my agents, my representatives, or whatever the fuck you are - keep treating me fucking weird, I can't do that.