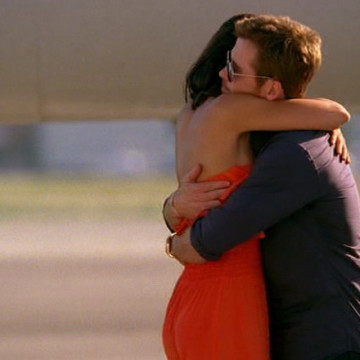 Vince: I think I'm getting married. I'm serious. I'm absolutely in love with this woman.
Drama: What? Was the sex that good?
Vince: Yeah, but that's not it.
Turtle: It's that or you're back on drugs.

Ari: I don't wanna bring your energy down. Go and tell my people what it's like to control 350 lb. men who are usually carrying firearms. Motivate my losers!

Eric: I don't want you gettin involved. All right? Sloan's family hates me enough as it is. The only thing you're gonna do is make it worse.
Vince: How can I make it worse?
Eric: Well, I don't know. But a guy who's gettin married to a girl after 24 hours probably isn't the best guy to take advice from.

Turtle: Wow, Drama. You swore on your career?
Drama: I had my balls crossed.

Billy: So, you're really gonna move back to New York?
Vince: Well, Sophia's based out of there and I can help E out. And I know Johnny and Turtle will want to be there as much as possible.
Billy: Wow, you guys are good friends. I wouldn't move west of Gower for a dude.

Barbara: Jesus Christ, Ari. This is a place of business.
Ari: Not for me. Not anymore.
Barbara: What does that mean?
Ari: It means take it. Take it all. Take the company. Take your shares, take mine. I don't give a fuck! The only thing you can't take is this picture of my family and my lucky horseshoe.

Sloan: Did E sleep with Melinda?
Vince: I don't know.
Sloan: Yeah you do.
Vince: No I don't. And it doesn't matter, cause even if he did, he did it over you. Guy's been with five women his whole life. Not because he can't get em. He's loyal. He's emotional and reactive - I mean, a little Jack Russell Terrier.

Lloyd: I'm still learning to be more like you.
Ari: No, you're not like me. You don't wanna be. You're fair, you're honest, and you don't like women.

Turtle: A little help? I am a millionaire now, you know.
Drama: I don't care if you're a billionaire, Turtle. You'll always be a valet to me.

Turtle: Ooh... wow. I'm a little emotional.
Drama: Yeah, me too. We better find somethin to fuck in Paris.