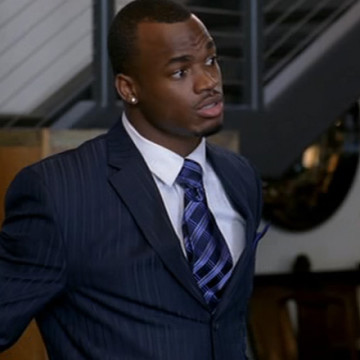 Minnesota running back Adrian Peterson makes a cameo appearance in S07E03 of Entourage. Peterson greets Vince at an auction near the episode’s twelve-minute mark and shows off his dinosaur skull that he has opened up to bidding. Adrian Peterson was drafted to the Minnesota Vikings in 2007. He was the league’s MVP in 2012 and was given the top spot on the NFL Top 100 Players list in 2013.