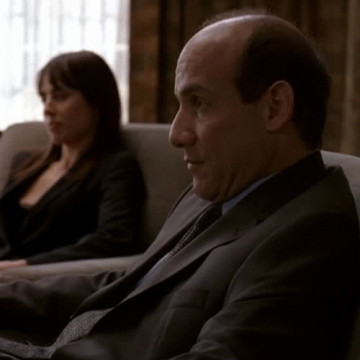 Paul Ben-Victor played the role of Warner Bros. studio head Alan Grey until his character’s demise in the show’s fifth season. After a heated dispute regarding the Aquaman sequel, Alan served as a major obstacle in Ari’s efforts to secure Vince a role in Smokejumpers, a film written by clients of Eric’s. One of the show’s more obvious continuity errors involves the naming of Paul’s character – Vince addresses the Warner Bros. head as John during his first appearance in season two, but he’s known as Alan on every episode thereafter.