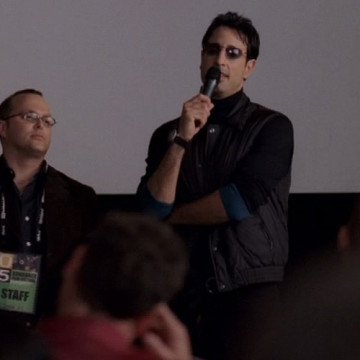 Julian appears as Alejandro Teva during a season two episode of Entourage. Drama, who is a big fan of his work, describes the director as the “Spanish Spielberg” early on in the show’s fifteenth episode. Later in the same episode, Johnny Drama invites Alejandro to a screening of Queens Boulevard and is invited to audition for the director’s next movie.