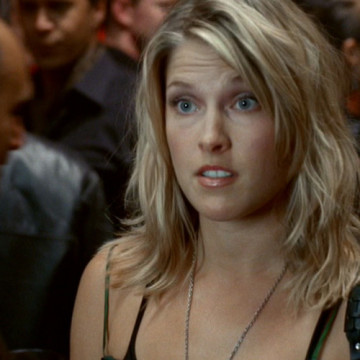 Ali makes a single appearance in Entourage during the series’ pilot episode. It’s unclear what sort of relationship the actress shared with Vincent Chase, but it obviously ended badly as Eric and Turtle do their best to keep him hidden from her at the premiere of Head On. And if an imaginary relationship between Ali Larter and Adrian Grenier (Vince) sparks up an unshakable sensation of deja vu, it might be because the two shared another fictional relationship in the 1999 film Drive Me Crazy.