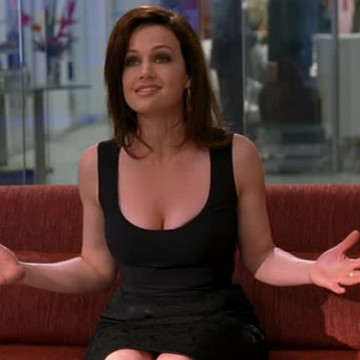 It’s time to find a new agent after Ari’s kicked to the curb in season three’s midseason finale. By the time the crew has returned for the second half of the season, Vince has already hired Amanda Daniels, played by Carla Gugino, to fill Ari’s role. Eric is quickly irritated by her overly aggressive demeanor while Vince has a difficult time hiding his attraction to the new agent. Though Carla appears in nearly a dozen episodes throughout three of the show’s eight seasons, her big-screen work eclipses her television roles. She’s starred in 2001’s Spy Kids, 2005’s Sin City, and 2015’s San Andreas alongside Dwayne “The Rock” Johnson.