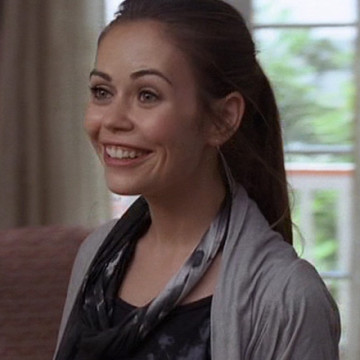 Ashley makes her first appearance in the sixth season’s second episode, Amongst Friends. She winds up a neighbor to Eric after he agrees to housesit and does a poor job of hiding her attraction to him when she stops in to deliver a housewarming gift. Though Eric and Sloan fight to maintain a healthy friendship, a wedge is placed between the two when he starts dating Ashley shortly after their introduction. The part of Ashley is played by Alexis Dziena, who had a large role on ABC’s Invasion in 2005 as well as 2008’s Fool’s Gold.