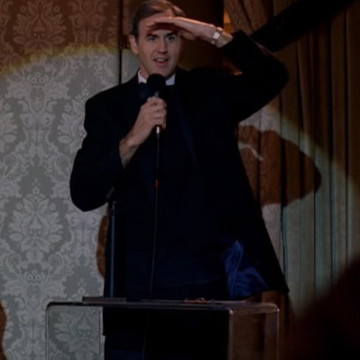 Craig Anton makes an Entourage appearance during the third season’s seventh episode, Strange Days. He plays the part of the M.C. that auctions off a Vincent Chase dinner date during Sloan’s charity event. Craig’s character is visibly confused when Vince fails to appear after the auction’s winner is announced. Little does he know, Vince has hit it off with a cocktail waitress and has taken her to the coat room. Craig was a regular on the sketch comedy series MADtv during the late 1990s.