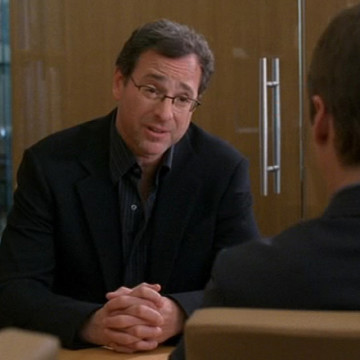 Of the dozens of cameo roles portrayed throughout the show’s run, Bob’s is among the most entertaining. He makes his first appearance in the thirteenth episode as the crew’s neighbor and plays a big part in a few of the show’s later story arcs. Bob’s Full House co-star John Stamos even plays a role in one such arc, though the two never appear on screen together.