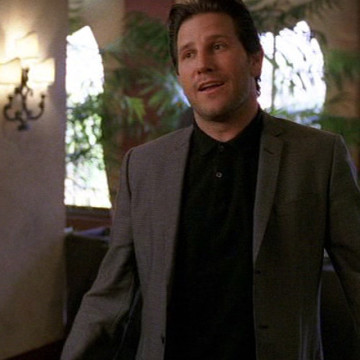 Branden Williams shares the screen with Johnny Drama as a part of the Five Towns cast during seasons three and five of Entourage. His character is an instigator and loves to get under the skin of Johnny Drama as made evident during their shared appearance on The View during season five’s fourth episode, Fire Sale. After two seasons away from Entourage, Branden makes a final guest appearance near the beginning of the season eight premiere, Home Sweet Home.