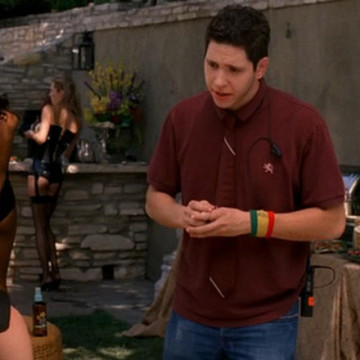 J. Claude Deering plays the part of Brett Ratner’s assistant in the nineteenth episode of Entourage’s third season. When Johnny Drama visits Brett’s house to discuss the part he’s been offered in Rush Hour 3, Deering’s character admits that he had misread the end credits after a Five Towns episode and that the part was supposed to go to Drama’s little brother on the show. J. Claude Deering is a regular on the sketch comedy site funnyordie.com and even hosts his own show over there, titled Things Are Going Great For Me, where he interviews other actors and comedians at his dining room table.