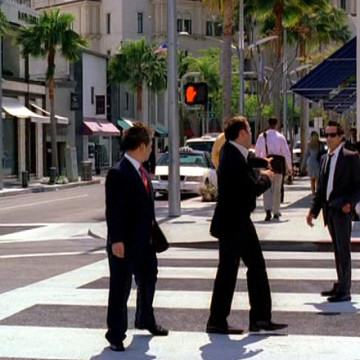 Television and film producer Brian Grazer offers a lightning-fast Entourage cameo around the eighteen-minute mark of the show’s The Dream Team episode. Ari greets him at a crosswalk and asks about his American Gangster film, which was released in the US a few months after Brian’s Entourage episode. Brian founded Imagine Entertainment with director Ron Howard in 1986. The company’s portfolio includes production of The Da Vinci Code, Rush, and 2001’s A Beautiful Mind, to name a few.