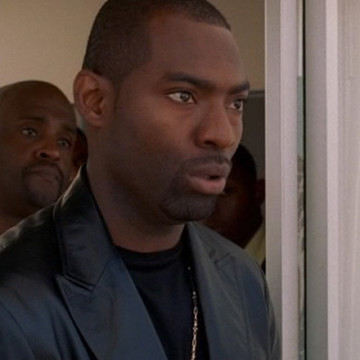 After Saigon skips out on the signing of a big record deal, Turtle learns that his absence is due to a previous commitment with another manager. The long-lost Bunky agrees to pay Turtle his missed commission on the deal in order to void the newer client contract, but not before one of his assistants nearly tosses a heated Johnny Drama off of a four-story hotel balcony. The part of Bunky is played by Hassan Johnson who is no stranger to the small screen, or HBO for that matter – he’s had big parts on ER, Dead Man’s Trigger, and The Wire.