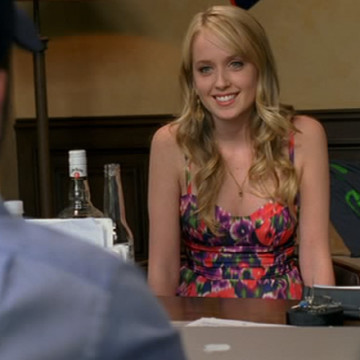 Actress Megan Park plays Turtle’s interviewee ten minutes into season seven’s second episode, titled Buzzed. During her scene, she explains how her time as an actress and driving to auditions all over the city will serve as assets to Turtle’s car service. She also describes her sex scene with David Duchovny in Californication. Though the actress playing the actress never actually appeared in the Showtime series, Megan can be seen in episodes of Life with Derek, Happy Endings, and HBO’s The Newsroom.