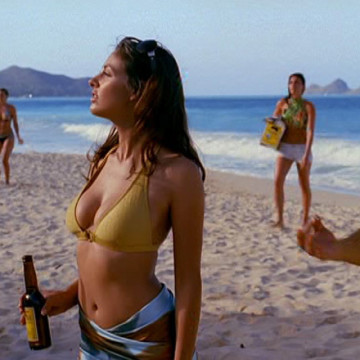 While scenes during the show’s season five premiere suggest that Vince maintains several female companions during his island vacation, it would appear that Turtle has just one woman to share the experience with. That woman is Carol and she’s played by Felisha Terrell who also appears in several 2009 episodes of Days of Our Lives. She makes her first Entourage appearance around the four-minute mark of her episode and pops up again about thirteen minutes later.