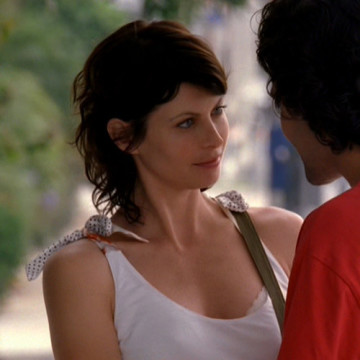 Although never named within the context of the episode, Scarlett Chorvat is credited as S01E08’s Carol, the first girl Vince meets up with before departing for New York. Carol is impressed by Vince’s ability to remember her terrier’s name and urges him to call her after returning from his trip. Scarlett has also appeared in projects 2004’s Dodge Ball, Boston Legal, The Event and in the fourth Metal Gear Solid game through the use of motion capture.