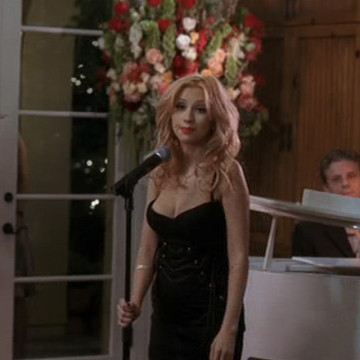 Five-time Grammy Award winner Christina Aguilera offers a cameo in the finale of Entourage’s seventh season. She performs Beautiful as part of Mrs. Ari’s surprise party near the episode’s 25-minute mark and is solicited by John Cleese’s young bride-to-be shortly before that. The New-York-born singer/songwriter has released five Billboard-topping singles over the span of her career and appeared on Entourage around the time that her sixth studio album debuted.