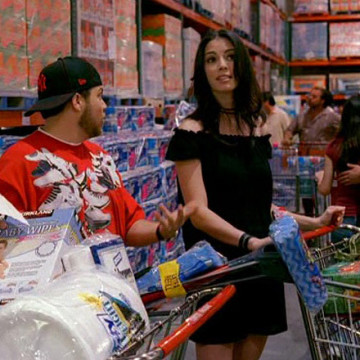 While picking up party supplies from Costco during season four’s second episode, Turtle runs into a tall, dark-haired woman and invites her to their party with the promise of healthy finger foods and baby wipes aplenty. Christina Cuenca plays the small part and can be seen near the episode’s five-minute mark. She was crowned Miss Louisiana in 2006 and even had a small role in Microsoft’s 2010 Really commercial that promoted their recently unveiled Windows Phone 7 product.