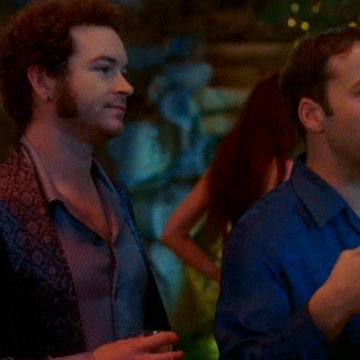 Roughly a year before That 70s Show ended its eight-season run, Danny Masterson took a quick break from his role as Hyde to offer a small cameo appearance on Entourage. Danny appears as himself in Aquamansion, the show’s eleventh episode where he talks financial strategies with Vince at the Playboy mansion. Eric makes a reference to the actor’s real-life side job as a successful DJ shortly after Danny exits his only scene.