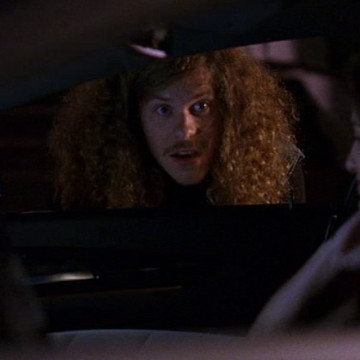 The part of Donny, who pops in on Ari’s date near the eighteen-minute mark of S08E03, is played by Blake Anderson. During his only Entourage scene, Blake’s character interrupts Ari’s night out with his young roommate right about the time that the two agree to head up to her apartment, effectively sabotaging the date. Anderson is best known for his role as Blake Henderson on Comedy Central’s Workaholics, though he appears in 2014’s Neighbors and 2015’s Dope, as well.