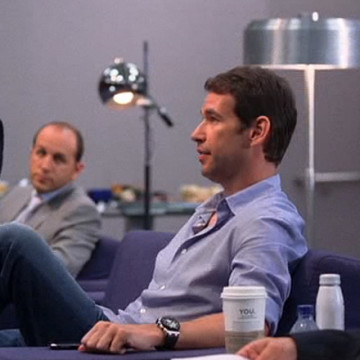 Entourage creator Doug Ellin offers up a number of cameos in the series. In New York, the show’s eighth episode, Doug Ellin takes on the role of an audition producer on a fictional series Johnny Drama has been sent to read for. He reprises his role as both a producer and director in a number of episodes to follow, and also makes a number of less-obvious appearances in the background of episodes like Talk Show and I Love You Too.