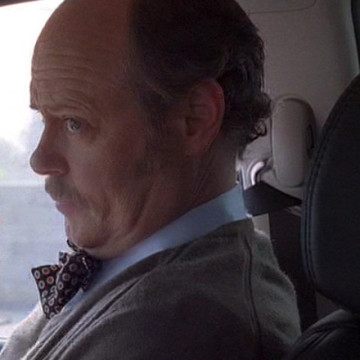 David Bowe plays Scott, a driving instructor at the Los Angeles DMV, during S06E01, titled Drive. When Vince stops in to take his first driving test, Scott is assigned as his instructor. Though it’s clear Vince is in need of additional practice, Scott agrees to pass him in exchange for a pair of Gatsby premiere tickets. Bowe has small parts in A Few Good Men and 2009’s Transformers: Revenge of the Fallen. He has larger roles in a 2011 episode of The Mentalist and in the 2013 for-television film The Breakdown.