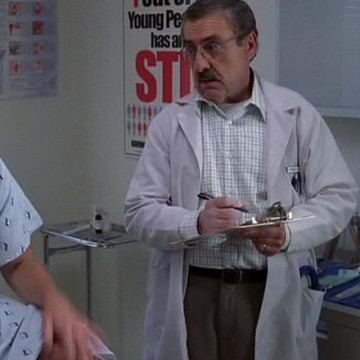 Peter Siragusa plays the part of the doctor that checks Eric out after his night with one of Drama’s old flings in S06E11. His character is introduced eight minutes in and asks Eric about his sexual history before taking a swab. Sharp-eyed fans of The Big Lebowski may recognize Siragusa for his role as Gary the Bartender in the 1998 film. He also plays Miller in 13 episodes of Night Stand and voices Rufus in 2009’s Cloudy with a Chance of Meatballs.