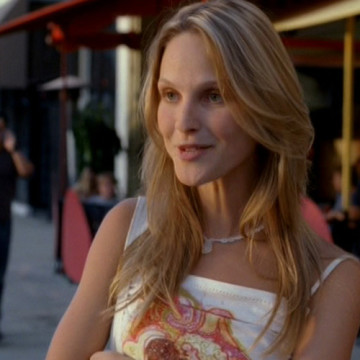 Beau Garrett makes her first appearance near the end of the fourth episode of Entourage when she greets Vince at Club Prey. She returns in the series’ fifth episode, The Script and the Sherpa, as Vince’s girlfriend and close friend of Val Kilmer’s Sherpa character. Her strict vegan lifestyle conflicts with the rest of the crew’s everyday routine, so Eric, Turtle, and Drama are glad to see Fiona go when she permanently departs at the end of the episode for an ashram in India.