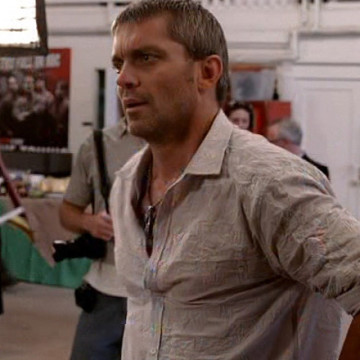 Australia-born actor Gil Darnell portrays a photographer in the show’s season five premiere, titled Fantasy Island. He oversees the Five Towns cast shoot at the episode’s nine-minute mark and threatens to call show producers when Drama refuses to expose his bad side to the camera. Darnell was a skilled field hockey player in his younger years and, after turning his focus to acting, landed a recurring role on Hollyoaks, a British soap opera, and a starring role in Redirected, a 2014 Lithuanian gangster film.