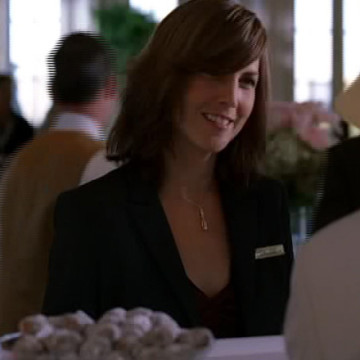 Penelope Fortier plays a desk clerk at a French hotel during the show’s season four finale, which focuses on the gang’s trip to Cannes. Her character checks most of the guys into their rooms at the two-minute mark and sets Drama up with a room twelve minutes into the episode after losing track of his original reservation. Fortier did a little voicework for a 2008 episode of American Dad! and played the part of Paige in 2003’s A Good Night to Die.