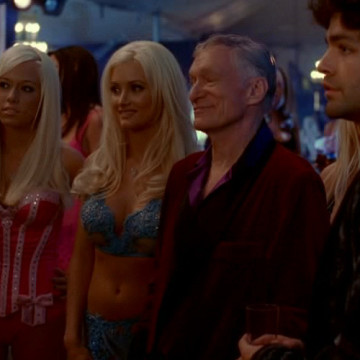 Holly Madison offered a cameo in the third episode of the show’s second season alongside Hugh Hefner, Kendra Wilkinson and Bridget Marquardt. The only lines that Holly and the girls offer up during the episode are spoken during their scene with Ari when they try to figure out what his middle initial might stand for. Like Mr. Hefner and the rest of the Hef girls, Holly made another HBO appearance on Curb Your Enthusiasm around the same time that Aquamansion aired.