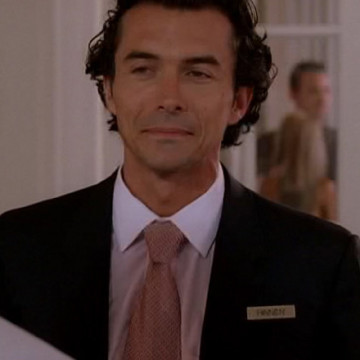 William Abadie plays the part of a French hotel manager in episode twelve of the show’s fourth season, The Cannes Kids. He orders security to escort Drama out of the hotel when he begins to throw a tantrum over his mediocre room near the episode’s fourteen-minute mark. William played the part of Bizu in 2006’s The Pink Panther and the part of the concierge in 2014’s The Longest Week.