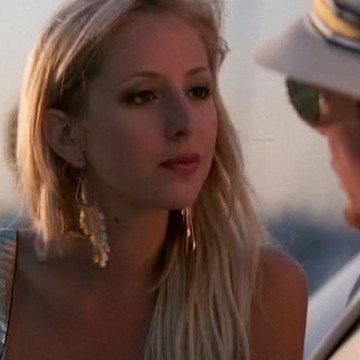 French actress Julia Levy-Boeken plays the part of Jacqueline during three episodes of Entourage’s fourth and fifth seasons. Drama meets Jacqueline on Yair’s boat around the seven-minute mark of season four’s finale and learns that she is a longtime fan of his Viking Quest series. After a missed connection at Johnny’s hotel, the two regroup at the Medellin premiere and kick off a long-distance relationship before Drama’s flight back to the US. Julia Levy-Boeken returns for the first two episodes of the show’s fifth season and can also be seen playing the part of Jenna in 2009’s Road Trip: Beer Pong.