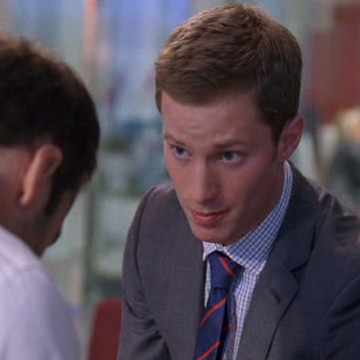 The character of Jake Steinberg (portrayed by Jonathan Keltz) makes his first appearance in the sixth season’s eleventh episode, titled Scared Straight. Jake is sent to Ari’s desk about nine minutes in, and though his season six run is short-lived, he returns in seasons seven and eight where he proves himself a worthy replacement to Lloyd Lee. The character makes his final appearance in Entourage’s very last episode. Keltz plays the part of Randy in 2013’s 21 & Over and Leith Bayard in The CW’s Reign.