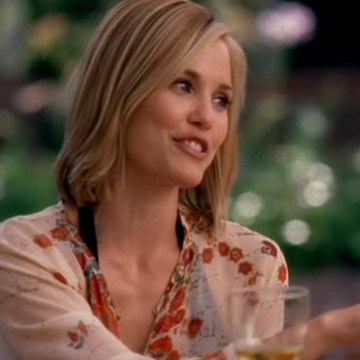 Leslie Bibb plays the part of Laurie during a single episode of Entourage. Laurie is a radiologist and is the fiancee to Scott Siegel (played by Artie Lange). Leslie played the part of Christine Everhart in the first two Iron Man films and can be seen on Entourage during season three’s sixteenth episode, titled Gotcha!.