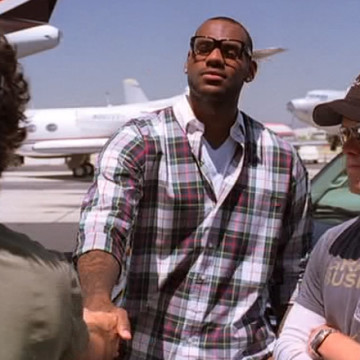 Four-time NBA MVP LeBron James offers up a cameo during the season finale of Entourage’s sixth season. The Akron-born forward appears in the episode’s last scene and urges Vince to make a donation to the ONEXONE children’s foundation before boarding a plane with Matt Damon and friends. James was drafted to the Cleveland Cavaliers in 2003 and made his only Entourage cameo three years before snagging his first championship trophy with the Miami Heat.