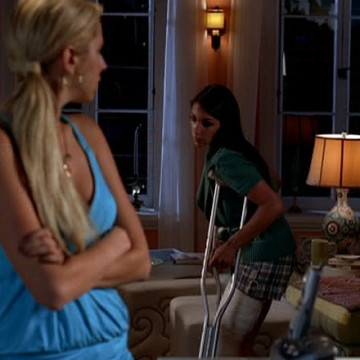 The character of Lily, Jacqueline’s friend who gets into an auto accident during season five’s second episode, is played by Ally Musika. Ally is actually one of the show’s producers, serving as executive producer on 24 episodes and assisting with production in some way for 50 of them. She also wrote for the series, primarily during the show’s later seasons.