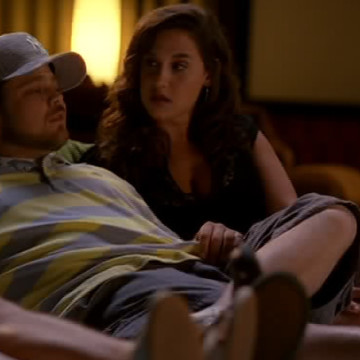 Mimi Paley appears in episode nine of Entourage’s fourth season and is credited with the role of “Lori and Morgan’s Friend.” Her character is the dark-haired girl that bumps heads with Turtle throughout much of the episode, though her comments and body language near the end of the episode suggest that her hostility towards him was all a front. Mimi Paley landed her first big acting gig in 1998 when she was awarded the role of a young Buffy Summers in S02E18 of Buffy the Vampire Slayer.