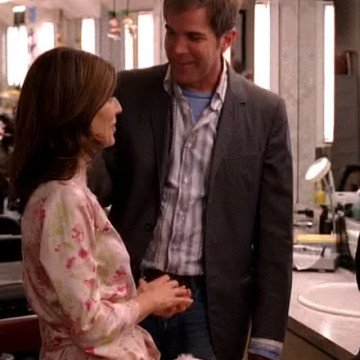 Robert Rapport appears on screen in a single episode of Entourage, specifically the fourth season’s ninth episode near the eight-minute mark. His character’s name is Steven and he applies Mrs. Ari’s television makeup as Ari arrives at the Young and the Restless set uninvited. Robert is not an actor but a makeup artist by trade; he served as an artist on General Hospital and Scrubs and lead the makeup department for several seasons of both 90210 and Entourage.