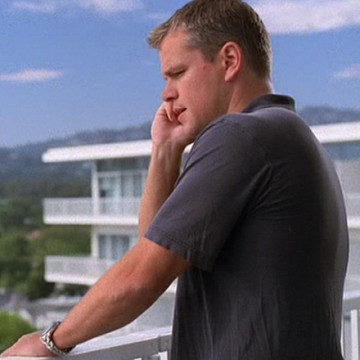 Even award-winning actor/writer Matt Damon makes a few appearances in the cameo-packed finale of Entourage’s sixth season. Matt confronts Vince’s reluctance to help with a children’s foundation near the episode’s seven-minute mark and continues to pester him until he finally agrees to make a large donation near the episode’s end. During Matt’s Entourage visit, a mock ONEXONE PSA was produced starring both Grenier and Piven in character. It’s well worth a watch if you own the season on disc or know where to look.