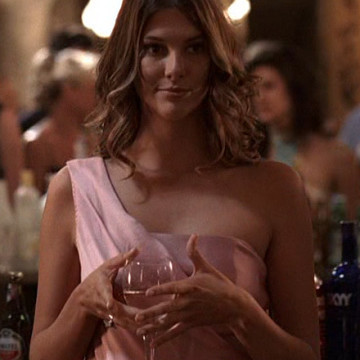 Vince is stunned when he’s pawned off on Michella during season five’s second episode, Unlike a Virgin. Though he believes he’s got another shot with Justine Chapin after she invites him to a wrap party for her Tony Bennett music video, his hopes are dashed when she introduces him to Veronica Taylor’s character at the fourteen-minute mark and then takes off to do her own thing. Monica plays the guest role of Eleanor Francis in AMC’s Mad Men and appeared in a few episodes of The Bold and the Beautiful as well.