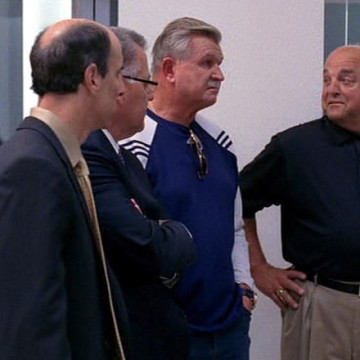 Former NFL tight end and head coach “Iron” Mike Ditka arrived to the Entourage set just in time; he cameos in the episode’s 96th and final episode. He appears alongside Barry Alvarez and is introduced at the episode’s four-minute mark after Ari invites his gang over to motivate TMA agents. When Mike questions Ari’s physical appearance, the agent admits that he’s weathering a divorce from his wife. Ditka was involved with the NFL for more than 30 years and became a league analyst for NBC after his dismissal from Chicago in 1992.