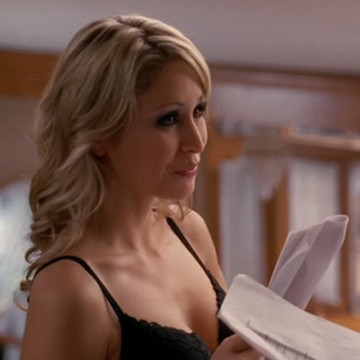 Adult film actress Monique Alexander offers an Entourage cameo in the show’s season three finale, titled Adios, Amigos. Vince runs lines with Monique at the episode’s thirteen-minute mark while preparing her for her scene in Billy Walsh’s movie. Monique is one of the first adult film stars to appear in Entourage, but she certainly wasn’t the last; Cassie Young shows up in a season five episode while Sasha Grey has a recurring role in the seventh season and plays a major part in its story arc.