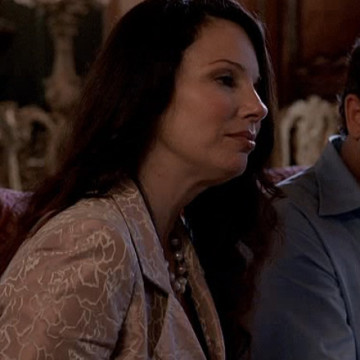 Fran Drescher guests as Mrs. Levine in season five’s third episode and makes her first on-screen appearance at the eleven-minute mark, while her character is referenced earlier than that. Though she is unimpressed by Vince’s list of talents, she agrees to hire him as a celebrity guest at her daughter’s birthday party after Zac Efron drops out at the last minute. Perhaps Drescher’s most recognizable role is that of Fran Fine in the CBS series The Nanny.