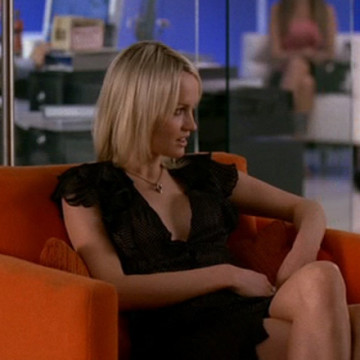 Ailsa Marshall plays the part of Nicky Rubenstein’s girlfriend during the season three finale, titled Adios, Amigos. Throughout the episode, we learn that Ailsa’s character fancies herself a singer and that she probably slept with Billy Walsh at some point. Marshall’s resume includes smaller roles on some of television’s biggest series, including Gilmore Girls, True Blood, and even a season two episode of How I Met Your Mother.