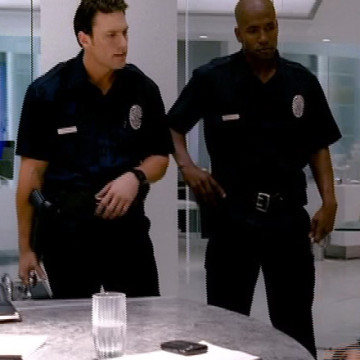 Andy Anderson portrays one of the strippers sent to Ari’s agency during his S05E03 dispute with Adam Davies. Andy’s character barges in on Ari’s meeting with T.I. while dressed as a cop and strips down with an associate after the agent is detained. Anderson played the part of the first Chris in 2011’s eCupid and Trevor in 2013’s A True Story.