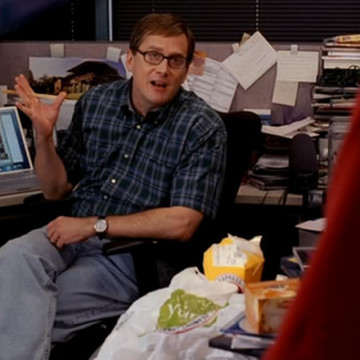 Michael plays the part of Paul Schneider, a writer and TV critic at the Daily Variety, in S03E18 of Entourage, The Resurrection. When Drama spots the paper and Paul’s negative review of Five Towns during his “massage,” he immediately zips up and heads to Paul’s office in search of an explanation. Michael was a co-executive producer for MADtv as well as FOX’s musical comedy series Glee.